Inland Fisheries Ireland (IFI) has today (08.04.16) confirmed that it is in the process of reviewing the national policies for the management of bass, pike and trout. The policies were launched by IFI in August 2014 and have a three year review cycle.

IFI has commenced the process of examining all relevant and appropriate data to inform the
review of these policies. This process was initiated in January 2016 and incl
udes the examination of:

An important element of each review will be a public consultation process which will be announced later in 2016. The consultations will ensure that anglers and other stakeholders have sufficient time to consider the existing policies and make submissions that will inform their review.

Dr Ciaran Byrne, CEO, Inland Fisheries Ireland, said: “The public consultation element of the reviews presents an excellent opportunity for the 273,600 strong community of Irish anglers to engage with IFI and will ensure that the decision-making process becomes better informed, more rigorous and more accountable. IFI is committed to on-going engagement with anglers and other stakeholders through public meetings, the National Inland Fisheries Forum, public consultations and our complaints, comments and compliment procedures.”

During an anglers’ demonstration at IFI headquarters in Citywest on 24th March 2016, IFI received a petition signed by over 22,000 people from around the world, including a total of 1,032 Irish signatures.  A group of approximately 80 anglers protested against the implementation of the current Pike Policy, agreed with the Irish Federation of Pike Angling Clubs and the National Association of Recreational Anglers in 2014.

Commenting on this, Dr Ciaran Byrne added: “While the petition represents a small proportion of Irish anglers, IFI recognises the unified views of those who signed it and we have made contact with the protest organisers with a view to engaging with this diverse group of anglers. IFI appreciates that public policy-making can be enhanced through the active involvement and contribution of all stakeholders with an interest in particular policy developments.

“In recent weeks, many of the protesters have made their views known to IFI through our comments and complaints channels but IFI wishes to assure all anglers that they will have the opportunity to make a representation in the public consultation process on the Pike, Trout and Bass Policy reviews later this year. Furthermore, IFI is running a number of surveys in conjunction with the ESRI to ensure that we capture the views of our domestic anglers as comprehensively as possible.” 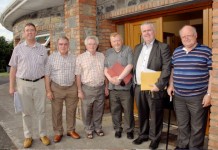 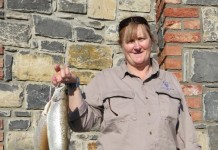 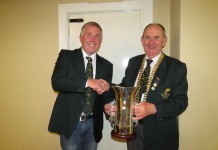